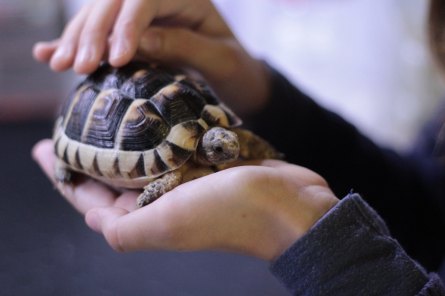 An acquaintance dropped something about being silent about the work and success I try to achieve. She’s right. I’ve been following that advice until now. Oh, I’m not going to reveal specifics, drop names or even laud the victories. I am going to wax on about the psychology behind it.

Balance is key in paradox. I’m thinking about the statement that we let our success be the noise we make. So much happens away from the spectator’s eyes. Scott Hamilton in his latest book wrote about it. Everyone remembers when he won the Gold Medal in the 1984 Olympics, but there were few around the hours, days, months and years of training that took him there.

The same is true for anything of worth. There is a basketball game for two hours, but the ten hours of practice the week before wasn’t observed. There was a three-hour birthday party that rocked, but the money, preparation and clean-up wasn’t seen by it’s participants. The blood, sweat and tears behind the double digit years of my business no one can truly appreciate but me. Some have walked with me through the process. Some have offered their two cents, and I’ve even paid “two-cents” for advice, but when the rubber meets the road I’m the one driving the car.

I’ve made bad decisions all the way through my life, but I’ve made good ones as well. I’ve failed. Those failures created fear, but even through the fear I have not given up. There are things I have given up, and looking back on those things I’m glad I gave up on them. The way I gave up on them might have been different in hindsight, but there’s no way I would have continued on in them even with the info I have now.

And that’s where the road becomes tricky. The information you hold is important, but it’s not always correct. There’s no way of being correct 100% of the time. That’s just not realistic, and it doesn’t factor in the downtime that everyone faces. Even in the most ideal of circumstances there are forces beyond our control that will disrupt progress.

Case in point is a meeting I attended about a week ago. You’re familiar with the Notes app that comes standard on any iPhone. I went to open it for the meeting, but my iPhone froze like a PC. It literally froze. I was not able to take notes. Needless to say I deleted a number of apps on it and turned it off and then on. It has not given me any problems since. It’s worked “smoothly” for the most part, and I’ve actually taken several notes on it.

I didn’t take it back to the phone store. I didn’t ship it to Apple. I didn’t lose my temper and slam it on the floor, and I didn’t go throw it in the lake. I readjusted the course of my actions, didn’t give up and waited for it to do whatever it was doing when the little round circle went around and around till it stopped. That’s such a metaphor for life.

You’ve heard the famous, “Ready, aim and fire.” You’ve also experienced personally the experience of firing and aiming to fire again. I don’t know of anyone who crosses every t and dots every i through life. There are those ten talented people who make us blush at our own inept ways, but then we don’t see their downtimes, sins and failures.

Contemplating the sinless man Jesus rocks my world every time I contemplate it because in the same thought I think about the Scripture that says, “Be perfect therefore as I am perfect.” I’ve heard theologians wax on about that, but I don’t know that I’ve ever been satisfied by their explanations. What in the world does that mean?

I believe with all my heart that Jesus was sinless because He had to be the unblemished lamb of God to be the ultimate sacrifice upon which all of mankind’s sins were put for our epic purification. I’ve believed that since the first time I could process it. I can’t prove it the same way I can’t prove to a prospect that I can clean their house well. There’s a trust factor at work. I trust from my life experience that this Jesus thing is the real deal. I’ve never doubted it, and I’m sorry if you have, but I can only say that for whatever reason God works through failure and success.

You haven’t traveled my journey, but we share similar experiences. We’ve both sinned, and a lot of you who read this fight mental illness like me. We didn’t choose who our parents are or were, and there were things at work beyond our control that made us into who we are now.

Slowly but surely I’ve waded through that whole complex paradox to arrive where I am at the writing of this sentence. Jesus continues to be LORD, the church is as relevant to me as it has ever been, and I continue to care for my body and mind so depression doesn’t drive me to suicide.

I also long for more than that because I’ve been blessed with the ability to posses a good attitude. Vision is important too. If you can’t see where you want to be it’s hard to get there. All these goal gurus say you have to write the vision down and put a deadline on it, and I get that, but I don’t believe it. It makes sense, but my big picture mind is annoyed by it.

When I write a post here I don’t write an outline for it. I don’t have a rough draft, and I sure as hell don’t hire an editor to edit a one thousand word essay. I write, work, play and worship the way I live – one moment at a time. Sometimes I “decide” not to watch tv, but then I do and vice versa, but there’s no way I can write and watch Gilmore Girls. I’m not that smart.

I can’t serve two masters in other words. I have to give what I’m doing in the present moment my undivided attention because if I don’t my depression and anxiety flare up. That’s why I won’t hesitate to leave my phone behind.

There was actually a time when we went everywhere without phones believe it or not. Twitter, WordPress, Facebook and even Instagram weren’t even conceived. This thing called the internet was barely invented by Al Gore.

What I’m getting at is that whatever it is that is important to you is going to take some time. Be patient. Type one sentence at a time if you’re writing a book. If you decide not to write that book it’s ok because creatives do that all the time. If you fail epically at a guitar recital don’t give up on the guitar.

Remember your roots. Start putting Jesus first again. Acknowledge the lines you’ve crossed, and try not to cross them anymore. You will, but when your heart stays soft for the lines we keep crossing the Spirit continues to move, and hope is still alive.

Life is hard, and it always has been and always will be, but when you can pause long enough to see what works and doesn’t work then you have a powerful reason to keep going.

That’s key. Keep going. My favorite story besides Good Night Moon is the fable of the Tortoise and the Hare. The rabbit didn’t win.