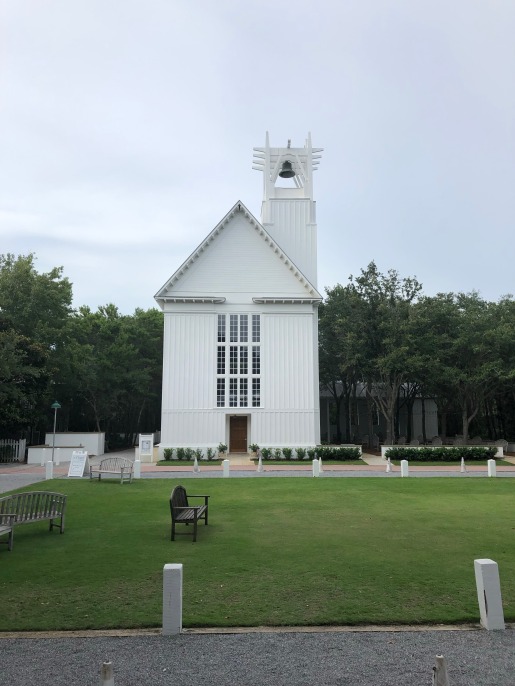 My friend Julie left this for me after a “business” post I wrote on another social media platform.

Great post. Don’t wrestle with worthiness and worry less about personal. Just post Daniel. 🙂 I assume the choice of house cleaner is a personal one so the more people know about you personally – the more growth you may see in your business. Worry less, post more. 🙂

That reply means the world to me. There’s another follower on that same social media platform who is unashamed of the Gospel in his posts. I’m not saying I’m ashamed of the Gospel, but I tend to follow the separation of church and state a bit more than he does. Here I’m much more prominent with the name of Jesus than I am over there. My reasoning behind that is that God is not directly referred to in the book of Esther, and something doesn’t have to have Christian all over it to represent Jesus. Scripture is powerful, and sometimes I think we throw it around a little too flippantly. God’s timing is perfect, and I don’t think He has a metrics measurement section in the Lamb’s Book of Life. He doesn’t pull out His laptop to record our closing rate on sinners saved in Excel. The Babylon Bee might but not our Father.

I’ve also been heavily influenced by Landon Saunders and his theology on God’s man in the marketplace. And when I write man I mean mankind as if I had to clarify that. Salt and light are powerful things that Scripture speaks about, but they don’t have to show up on Christian radio to be Christian.

As we were leaving church today they handed us a flyer to help us incorporate Kevin’s teachings. You can hear his thoughts on the Cross Point podcast. I just pulled the podcast up on my phone, and it looks like it’s posted on Wednesday because we were on vacation last week, and last Sunday’s sermon was posted on Wednesday. It’s worth the subscribe. Annie F. Downs began our present series about rest on July 8, Drew Powell spoke last week, and Kevin Queen brought tonight’s message as I mentioned above. I just started listening to Drew’s thoughts, but I had to stop it because I can’t do two things at once. I’m a man. 🙂

I digress. Let me move back to the flyer they gave us tonight. Monday’s Scripture printed on one side is Proverbs 3.5-6 from The Message.

Trust in the Lord with all your heart; do not depend on your own understanding. Seek His will in all you do, and He will show you which path to take.

Under that those verses is this quote. I don’t know who made it. The author is not revealed.

God is trustworthy. He shows me the way as I seek Him.

If I were guessing who wrote it then I would say Kevin Queen, but he would probably be uncomfortable in taking “credit,” so I’ll just say Jesus said it. Jesus did that the entire time he was here as a human being.

When Annie began the series two Sundays ago I thought how appropriate being that we were preparing to go to the beach.

It was such an amazing time away, and given the things we are going through right now I cannot underscore the respite it was to not only unplug, but to put miles on the Honda to do it.

I can’t write for my wife and daughter, but I think they’d concur with some of my conclusions by the way I interpreted some of their verbal and non-verbal messages about our trip to the beach. We all three agreed that it was one of the best vacations we’ve taken. It’s not because we did anything out of the ordinary because we followed the same protocol as most of our vacations go, but given the stress we are under regarding my father-in-law it seems we were more intentional about leaning into the presence of our Father as He created rest for us in Florida. Kevin’s words this evening emphasized that.

Kevin is right. Most of us have a hard time being still. Some more so than others. Sure, there are those who think the world owes them, but most of us can’t sit still long enough for God or anyone else to speak or do blessing into our lives. God doesn’t force me to rest and withdraw alone to be with Him. He wants me to, but He doesn’t make me. It’s something I have to choose. We were not made to drive to Florida to spend a week on the beach. We chose to do that. It brought us closer to the Father and to each other, and that closeness might not have happened had we not chosen to do it. There are choices every single day we can make or not make that make a difference in how close we feel to God. We have to be intentional about what we do because what we do influences our thinking and feelings. It’s not the other way around. I’m about to go to bed, but I guarantee you when my alarm goes off I’m going to have to “force” myself out of bed to go make coffee. I never feel like getting out of bed. I get out of bed, and the feeling follows. I know this is elementary, and every self-help book says the same thing, but as broken human beings we learn by repetition.

Kevin had a visual prop that really connected with me. It was a huge Mason jar of dirt and water. He shook it up to show the dirt swirling around the jar, but when the jar stayed still the dirt settled to the bottom, and the water was clear. Things in our lives become clear when we practice stillness. There will always come a time to move, but we have to be still in order to see the choices we need to make when life gets hectic.

It’s easier said than done, and I’ve lived long enough to have experienced that many times. Life doesn’t let up, but we have a God who doesn’t either. He’s all powerful. We get tired, but He doesn’t, hence the vital importance we tap into His power. I have forgotten this so many times that if I had a dollar every time I did I’d be a millionaire.

We’re all in this together. We’ve all got dreams we are striving to realize. We’ve all got sleep we need, and we’ve got work we’ve got to do. From the day we set out to build a career we get so hammered by the grind that it’s all we can do to come home, make dinner, wash dishes, go to bed and repeat. Saturdays and Sundays are a blur before the rat race begins again on Monday, so what’s the answer?

It’s sounds like a cliche, but Jesus is the answer. The Gospels are chalked full of the times Jesus was hammered by life, but I think if you read them you’d learn that he coped with the grind by withdrawing alone with the Father, and sometimes he took others with him. Small groups, home churches, student ministry activities and time at the beach with your family can be those times for all of us. Unplug from all electronics. Read, journal and stare at the ocean, mountains, water falls or woods. He’s not limited to those things. Open your eyes to the things you see everyday because you’ll be surprised what He reveals to you even on the drive to work and the drive home.

We have an amazing Father who longs to be with His children the way a doting grandparent wants to be with their grandchildren. He longs for connection the way I long every year for Christmas, sand between my toes and my beautiful wife.

I want to close with what Kevin gave us to fill in the blanks during the sermon. The blanks are in bold type. I ultimately close with the words of our brother Jesus as paraphrased by the late Eugene Peterson.

Solitude is withdrawing from the demands and the voices of this world to be alone with God.

Are you tired? Worn out? Burned out on religion? Come to me. Get away with me and you’ll recover your life. I’ll show you how to take a real rest. Walk with me and work with me – watch how I do it. Learn the unforced rhythms of grace. I won’t lay anything heavy or ill-fitting on you. Keep company with me and you’ll learn to live freely and lightly. Matthew 11.28-30 (MSG)